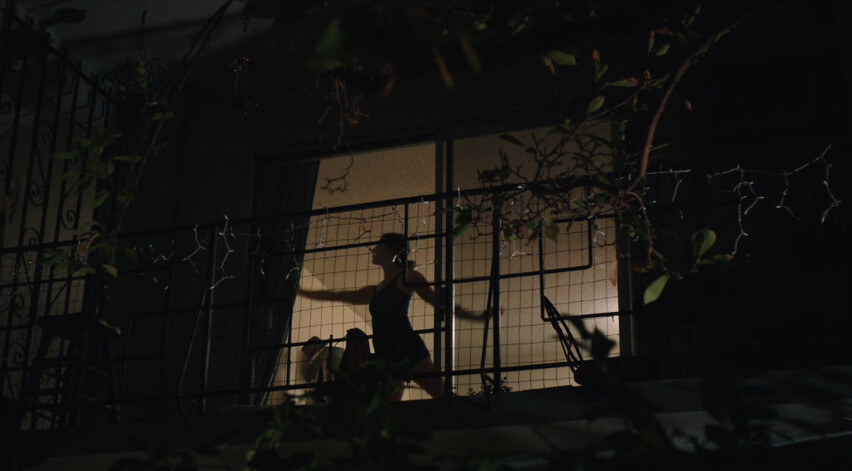 The Whistler and home invasion horror

The scariest part of The Whistler doesn't happen when you're watching it.  It happens later that night as you're lying in bed when you start wondering what it would look like if you saw the monster scuttling around at the corner of your peripheral vision right now, in your own home.  Home invasion horror taps into the very primal fear of having our safe spaces suddenly turn out to be not-so-safe after all, an immediate mental regression to when we lived in caves and every passing shadow represented a potential threat to our existence.  The Whistler builds on this fear by incorporating one of the most useful features of short horror: The lack of need to explain why it's happening.


If it was a feature-length film, The Whistler would have to lay out the reasons for a whole host of puzzling behaviors - why the monster whistles, if it's human or not, why it is obsessed with birds and feathers, why it seemingly chooses to spare the woman, and most crucially (more on this in a bit) why it chose this particular couple to kill.  Failing to explain these things in a satisfying way over a two-hour movie would strain suspension of disbelief to its breaking point, as you would then have an entire film about a strange creature doing creepy things completely at random.  Since it's a short film, however, The Whistler is saved from having to answer its own questions - which is a blessing, seeing as the monster is significantly scarier when it's an unknown.  This is in no small part due to the fact that we're as much in the dark to the monster's intentions as the protagonist and thus can completely identify with her panic and fear; in contrast, when you see the second innocent victim Freddy, Jason, or Michael Myers are stalking you know what's going to happen to them because you've already seen it before.  When your villain has an established MO the questions shift away from "why" to "how" - as in, "I wonder how Pinhead is going to torture this poor sap" - and that second question is significantly less horrifying than the first.


The most important "why" question is, of course, "Why me?"; why did the bad guy decide to go after this particular set of people out of all the ones he could have terrorized?  One thing I really enjoy about The Whistler is how it goes out of its way, via some excellent acting, to make the audience completely aware that the couple in question have done absolutely nothing to deserve this.  They're both nice, fun people who clearly love each other very much and although the man displays an unfortunate prankster streak, he has no way of knowing that he's in a horror film and that accordingly such behavior is inevitably fatal.  They haven't smashed a cursed amulet, or broken into an abandoned fairground, or accidentally angered a strange elderly woman; they've just been hanging out in their home, living their life as normal.  The unfairness of it all, of them having done nothing wrong but still somehow getting punished, really makes the short tick into overdrive.  There was no indication that they needed to do anything more than close their doors and grab a baseball bat to keep themselves safe.


The lynchpin of the whole affair is the ending, where the monster decides, however temporarily, to spare the woman.  Its reasons for doing so are irrelevant (and impossible to discern, anyway); the important fact is that it does this at all.  The act of sparing implies two things: (a) It has intelligence of some sort, it's more than just a mindless killer, and (b) It had some sort of plan and it chose this couple - or at least the woman - specifically.  Without this, the whole film could be written off as nothing more than an unstoppable natural disaster, a wild animal breaking in, a flash flood, an earthquake.  But knowing that the monster knew what it was doing imbues it with a malevolence that can't be dismissed; in a way, it has more power than even the audience, because it knows its own motivations… and you don't.